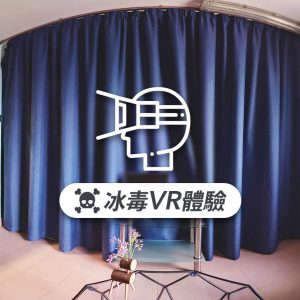 If I try crystal meth, do I get addicted?

Usually after the first try, it is likely for you to try again, which develops possibility for addiction. Crystal meth is highly addictive. Our brain develops dependency on crystal meth quickly and our body increases tolerance for it. It takes more and more amount of crystal meth for you to feel the pleasure effect. When you stop using it, you will experience low energy and mood, and even depressed feeling, which leads to an increase of dose and frequency.

What is crystal meth made of?
The main ingredients of Crystal Meth are ephedrine, acetone, methylamine, hydrochloric acid, phosphorus, drain cleaner, and ammonia, many of them are potent toxic chemical substances that harmful to human body.
How to encourage users to stop using crystal meth?

First, help users to see the amount of harm crystal meth practically brings to them, once use can lead to unrecoverable damage. If one just starts, it is better to quit as soon as possible. Because the longer you use, the more negative impact it happen. Instead of severe blame, being care of your family members or friends, you should understand what they feel, why they started using and why they wanted to use drug. It is important to understand their root problems and help them solves the problem.

For those who are already using, they struggle with both physical as well as psychological addiction. It is not possible for them to quit with your urging or forcing. If you can help them get away from the environment that got them to use, and the supply of drug, and motivate them to quit, you can really help them get away the drug.

Crystal meth severely influences users’ emotions and judgement, leading to some impulsive behaviors. Crystal meth causes visual, auditory and tactile hallucinations, causing users to exhibit some bizarre behaviors with limited self-control, it is likely for users to have compulsive behaviors and lose complete control over their body, users are not able to regulate themselves.

What is meth mouth?

Meth mouth is gum sore and severe tooth decay resulted from the crystal meth using. Crystal meth keeps users from having a great smile, because many of the teeth are decayed or rotted, coupled with the gum sore, which look ugly and disgusting.

Crystal meth causes weight loss. It suppresses appetite, disrupts your daily routine and sleep pattern, which takes a toll on the body and makes users look thin and weak.

What are the long-term effects of crystal meth ?

Crystal meth can cause permanent damage to physical and psychological health, as well as brain, heart and other parts of the body also being affect. Psychiatric conditions could cause personality difficulties later and influence users’ relationships with their family and friend. Their family relationship becomes tense and their friends keep a distance from them. The negative effect on memory could be permanent, even when stop using; the ability of learning and working may not able to recover, which puts an irreversible dent to their future.

How does crystal meth affect your heart?

The negative result in heart damages is depending on the users’ health status and consume dosage. Crystal meth could cause heart palpitation, irregular heartbeat or heart failure, resulting in abnormal heart rhythm. Other organs could be affected too, such as renal failure.

Will using crystal meth change how I look?

Using crystal meth has effects on your daily living and sleep. Users look dull and pale. Sometimes dehydration could cause dry skin, lesions in skin and tooth, hair loss. Once you try crystal meth, all aspects of your appearance will suffer disastrous influences.

What does meth do to your body?

Crystal meth damages your skin, teeth, immune system and personal hygiene, diet and sleep. For example, users develop skin sores or feel that bugs are crawling on or under their skin, resulting in excessive picking at the skin. Poor oral hygiene including gum disease, tooth decay and rotting; hand tremor, dehydration, hair loss, respiratory problem, exhaustion, loss of appetite, insomnia, weight loss, high body temperature, sexual dysfunction are also consequences of the drug use. Rising of body temperature is likely to cause heat stroke, dry skin and inability to sweat, resulting in damage to organs.Body temperature over 41°C may even lead to permanent brain damage, and possibly death.

How does crystal meth affects your brain?

Crystal meth causing permanent and irreversible damage to brain cells. It is highly addictive and tolerant. User may lose control to continue using and increase the dose because of the initial feeling of pleasure and high. On the other hand, user will hit by the negative symptoms, such as fatigue, frustrated and depression, or even psychiatric problems, such as hallucinations that cause users to lose control over their body and moods. Crystal meth also cause hypomnesia that compromises the ability of learning. Especially for students who are at school, they are not able to concentrate, retain or recall information regardless of their efforts, which is an irreversible damage.

Why do people on crystal meth become paranoid?

Crystal meth not only causes users to have psychological disturbance but also personality defect. The temper of them could easily become aggressive, overactive, irritable and agitated, overly stubborn, splitting hairs, and impaired memory could also happen.  When users are under mentally disturbed with delusions and hallucinations, it is a struggle for them to communicate with others rationally and calmly. They would get very angry over small things, gradually become pathologically irritable and obsessive.

What is crystal meth induced psychosis?

Chronic use of crystal meth will cause paranoid psychosis. Symptoms include constant suspicion of others, delusion, mood swing, irritability, visual hallucination, auditory hallucination, tactile hallucination, repetitive and obsessive behaviors, insomnia, self-mutilating,  aggressive and violent behaviors. Users could also experience delusion of persecution, and hearing (hallucination) others remarks of criticism and ridicule, irrational distrust of others, feeling of being followed or eavesdropped. Additionally, acute psychosis, so called “tweaking” may happen, symptoms include delirium, mental breakdown, feeling of disoriented and confused.

How high the crystal meth can make?

Crystal meth is a potent stimulant; the user is likely to gain an extremely high feeling. It can reaches the brain immediately through blood and triggers a sense of euphoria, giving users an intense rush, a feeling of floating. Users may feel fresh, confident, a boost of self-esteem, dissipating fatigue, and anomalous energetic, all because of crystal meth, as a psychostimulant with mood-enhancing and stimulant properties.  Physical and psychological problems will surface after the feeling of high.

How dangerous is crystal meth?

Crystal meth looks like rock sugar or shards of crystal meth. It has a clean look and gives an impression that the drug is a light substance and not that harmful, but it is extremely destructive. It intensely stimulates the central nervous system and creates psychological dependency. Users get a rush of euphoria, and the drug burns up the stamina and compromises your immune system.It harms the brain and heart, or even fatal in serious. Appearance such as skin, teeth and hair is also affected along with the damaged central nervous system and body organ functions.

Drug can produce a feeling of euphoria, in layman’s term, it is feeling high. The feeling of high is different from our daily experiences. Many drugs manipulate our brain to develop hallucinations, users certainly feel indescribably high, such as feeling happy or feeling wishes come true, but the high is temporary and short-lived. The crash after the temporary high makes you feel like you hit bottom, leaving you very sick. Besides the physical dependency, the crash after the high produces a craving to return to the state of high, emotionally driving the users to use drug again. Tweaking is an emotional dependency that is hard to get rid of.

How does crystal meth affect my family and friends?

Crystal meth causes great damage to the physical health, it is an emotional burden for the family and friends who worry the user often. It is also a financial burden to their families and friends because drug taking cost a lot of money. Eventually, the health of user will get worst and they are not able to take care of themselves, and it will be very hard for those who care about to adjust for your daily life.

What is Crystal meth?

Crystal meth is formally known as Methamphetamine. It is a potent psychostimulant that stirs up central nervous system. It comes in clear crystal chunks or rock, resembling crystal meth, so it is also called “Crystal Meth.” The most common way to take crystal meth is heating it to inhale the vapor and smoke. Crystal Meth harm general body functions, because it is a central nervous stimulant. It is proven to be able to destroy neurons and cells, causing damage to the brain and irreversible physical harm.

Does crystal meth cause aggression?

Yes, it does. Crystal meth reduces users’ ability to control their behaviors, and increases users’ anxiety and sense of euphoria, accompanied by delusion, depression, paranoia, anxiety, irritability and mood swings. It also causes users to suspect people around may hurt him and thus influences users’ judgement and control over their behaviors. Sometime they even get violent behaviours towards family and friends.